As everyone else in the states is waking up to a very exciting Superbowl Sunday, I am sitting here at my desk in HK drinking hot ceylon tea (which Linda informs me is pretty darn good for you) and recovering from a long day and night yesterday in Macau. I'm sad I'm missing the Superbowl ads, the Puppybowl and opportunity to eat loads of Doritos and drink orange soda. But what can you do? Let me know who wins (and who's playing, because I haven't been keeping up to date with my football. It's the 49ers right?).

But as I said, I went to Macau yesterday. I was especially excited to go here since I had read about Macau all the time on one of my favorite fashion/lifestyle blogs, Diamond Canopy.  Macau is known as the "Asian Vegas" for its abundance of casinos, clubs and fun things to do, and just like HK it was a colony owned by another country, Portugal, until fairly recently. As a result, Macau has an interesting mix of Portuguese architecture and Chinese traditions. I couldn't wait to look at all the pretty buildings and eat the delectable Portuguese egg tarts (delish!).

To take a ferry to Macau from Hong Kong, you'll need about 300 Hong Kong dollars and it takes about an hour each way. We left by nine am, which far too early for my taste, since I had been up late skyping my boyfriend for our anniversary (Happy one year, Tim!) and I was not in the mood for morning boat excursions. But we made it to Macau with little to no seasickness issues, though by the time we had arrived, I was starving. 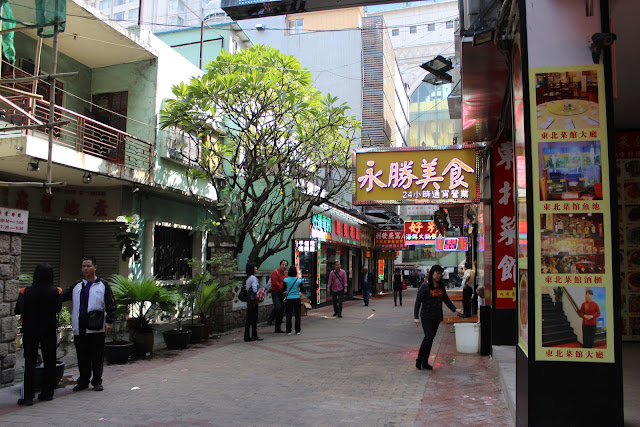 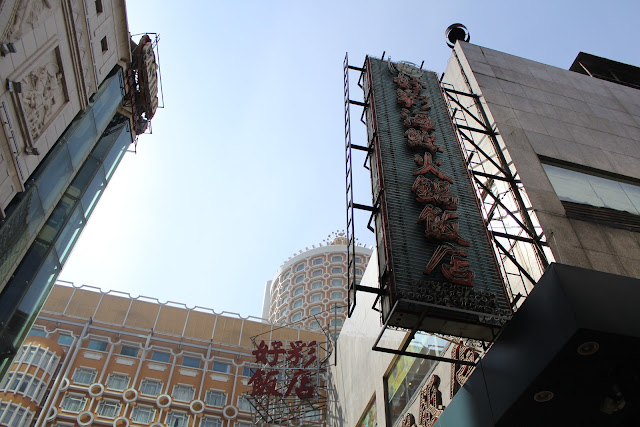 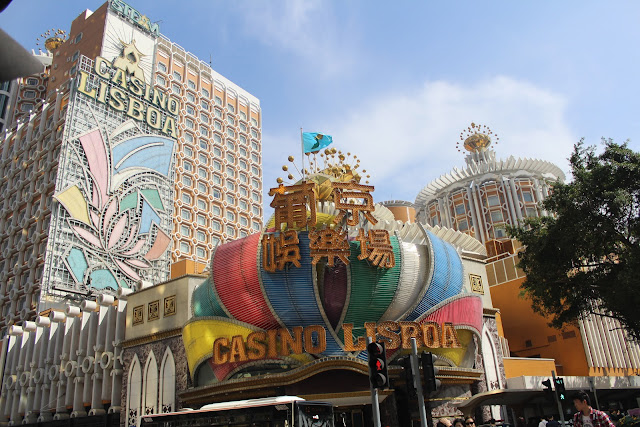 We found a back alley cafe called Margaret's, which is apparently known for their Portuguese egg tarts. Each tart was around $8 HK (roughly $1 USD) and they were one of the tastiest things I've eaten since I've been abroad. The pastry crust is incredibly light and flaky and the egg is just slightly sweet. I highly recommend these delectable treats! 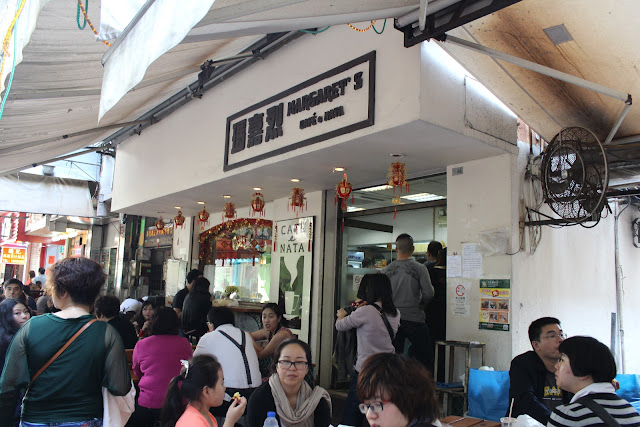 After we filled up, it was time for some exploring. About half of our group wanted to try and hit all the famous Macau sights in one day, but quick and determined walking isn't my favorite activity in the world, and the other half of the group (including myself) decided to do some meandering and see what we could find. 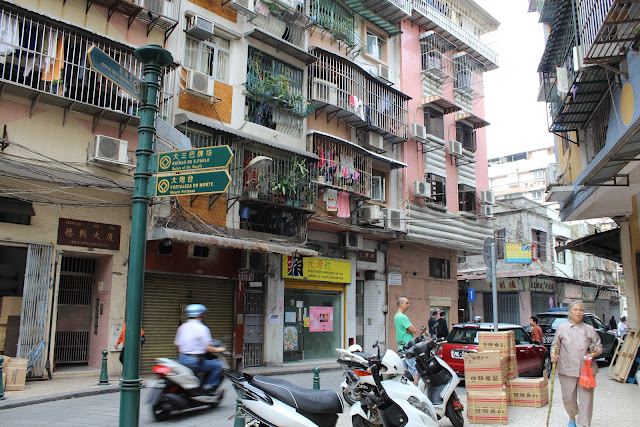 Macau is also an excellent destination for souvenir shopping. My friends and I picked up everything from postcards and jewelry to ancient coins and porcelain chopsticks all for under $5 USD from people on the streets! I also scored this great little dragon to put on my desk for $2 USD.

After making some great bargains and deals, it was time for a little sightseeing. We stopped by the Ruins of St. Paul to see what all the fuss was about. 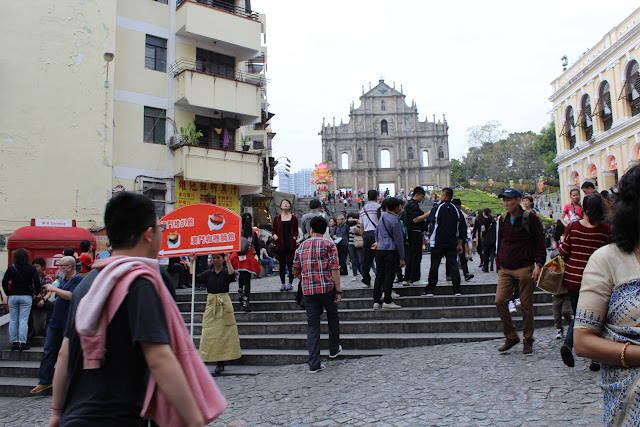 The ruins were pretty spectacular, but all in all, I much prefer walking around and people watching to admiring relics. But maybe that's just because tourist spots are always incredibly crowded! However, when a group of my friends and I went back to the ruins to sit and chat later that night after all the shops in Macau had closed, we found that all the locals in town had come to hang out with their family on the ruins' steps! Dogs were running around and playing off leash, children were laughing with parents, and everyone was having a great time. When the tourists are away, locals will play!

But I'm getting ahead of myself. Next we went back to the town square (to meet up with the rest of our group), where we saw some really beautiful Chinese New Year decorations. 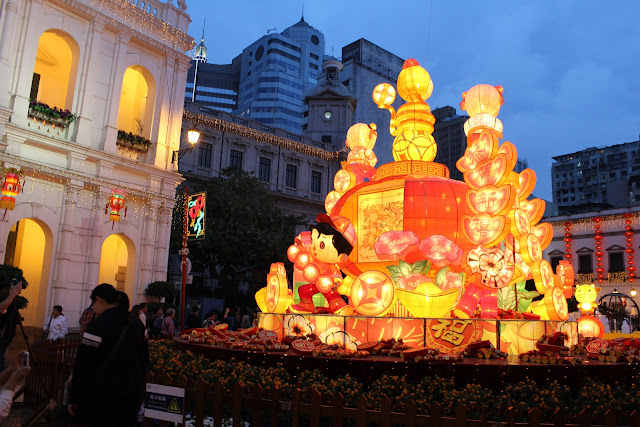 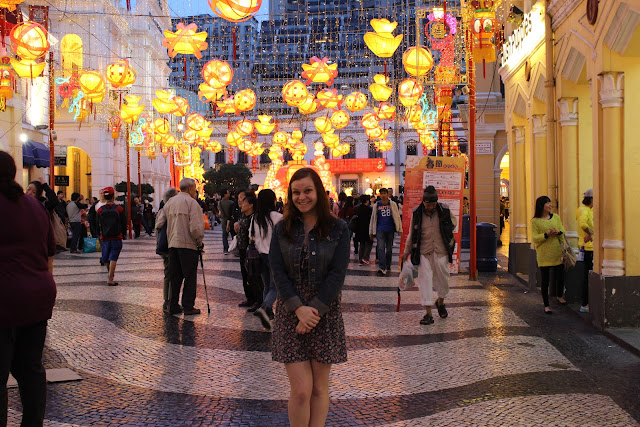 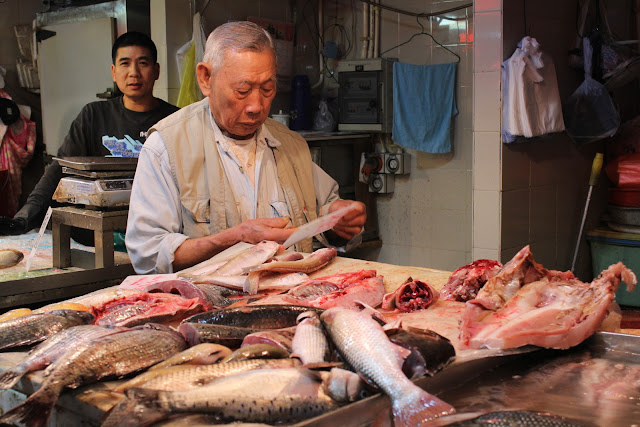 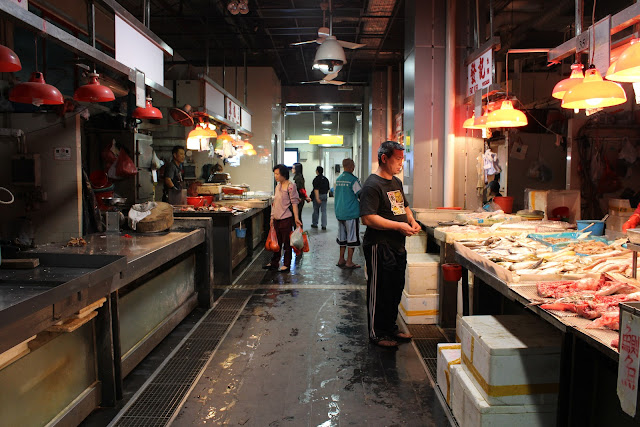 We found a girl who was giving out "free hugs" in the square. I thought that was a uniquely American thing, but I guess people give out hugs all over the world! How nice is that? 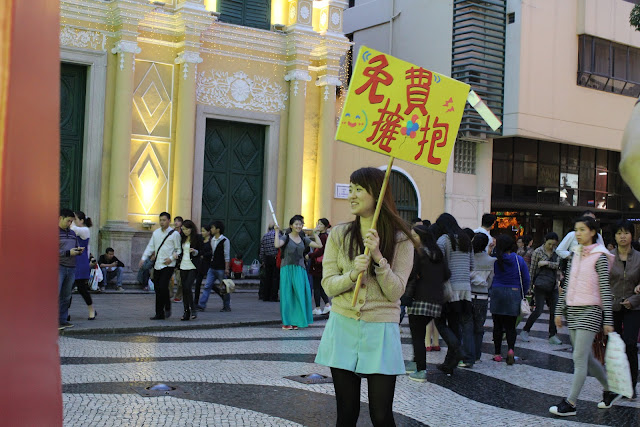 We ended up eating at a pretty un-delicious restaurant (I didn't even take pictures of the food. That says something.) and then made sure to check out the striking glow of Macau after dark. It's amazing how the city transforms when day turns to night. 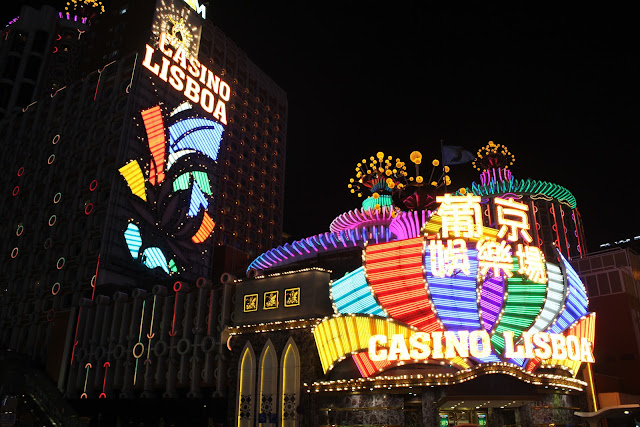 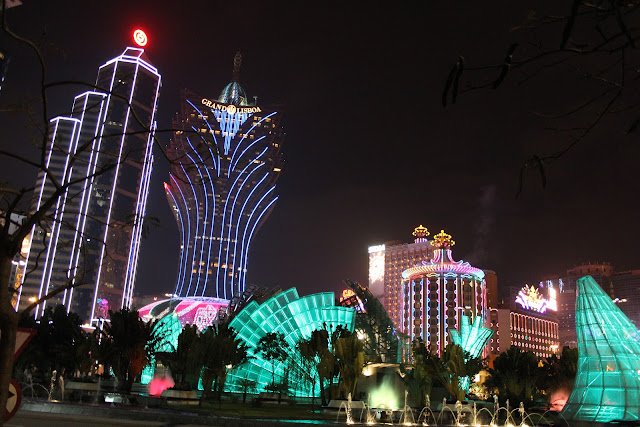 Unfortunately, though I am legal to drink in Asia, I am not legal to gamble in Asia (it's 21 here too...), so I don't have any hilarious stories about winning or losing money. Though I did use the Grand Lisboa's bathroom and let's just say these guys know how to make you feel classy. There's something extremely satisfying about using a bathroom that's worth more than you are...

There's a lot more to our Macau story, namely, a lot of my young and wild and free friends drinking too much cheap red wine and gin from 7-11 and getting very, very sick on a 3am ferry ride. But I didn't think that part of the adventure was particularly photogenic, so I turned the camera off. Macau is a harsh mistress.

But the point of traveling is to experience new things right? So cheers to a fun day (and long disgusting night)!

As for other updates, this week I finally have my class schedule finalized, I just finished the Girl with the Dragon Tattoo books (they're SO GOOD!), I just booked my roundtrip ticket to the Philippines for Chinese New Year and I'm pretty sure I've gained at least 10 pounds with all the noodles I've eaten every day. So that's what I've been up to!

Also, I finished my next minute long HK themed movie! This week I showcase Hong Kong's horse races to the tune of Fiona Apple's "Fast As You Can" (get it?). Be sure to take a look!

Alright Americans, stop reading my blog and go enjoy the Superbowl. Eat a tiny sausage on a toothpick for me!